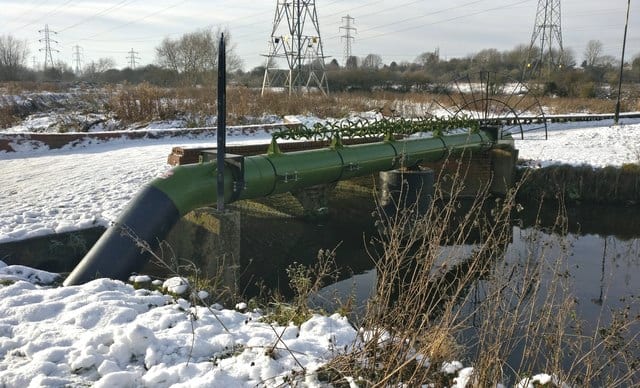 With winter on its way, now is the time to start thinking about how you can prepare and protect pipes and tanks from the damage that can be caused by plummeting temperatures.

As water freezes, it expands. What this means for pipes or tanks is that as they are exposed to colder temperatures, the water inside begins to exert extra pressure on the structure in which it is being carried or stored. This in turn puts the whole system at risk of rupturing, increasing the likelihood of damage and breakdowns during the winter months.

Which is a problem. The last thing that anybody wants to be dealing with in the depths of winter is cracks, bursts or reduced flow rates – especially as water damage resulting from leaks can cause serious harm to property and belongings.

Thankfully, there are several measures you can take to prepare pipes for winter. Here are the steps that we recommend so that your property is ready for when freezing temperatures arrive.

Drain outdoor pipes ahead of winter

One of the easiest ways to prevent exterior pipes or tanks from breaking down is to drain those that will not be used during winter ahead of the freezing temperatures arriving. If appliances such as hose pipes can be moved indoors, then you should bring them in during the winter months.

If you have exterior taps, then close the indoor valves but leave the outdoor valves open. This allows the water to expand safely when it freezes due to the lack of pressurisation.

One step that you should not take is to pass antifreeze through these pipes. The chemical can damage the pipework as well as having a significant detrimental impact on the environment.

Insulate your pipes to prevent freezing

Insulation of exterior pipes is one of the most effective ways in which you can protect and prepare pipes for winter. On the face of it, this may seem like a costly and time-consuming exercise, but it can actually be relatively easy and cheap to carry out.

Most DIY stores will sell pipe lagging which can be used for insulation. The lagging is fitted around pipes to prevent them from becoming damaged or bursting. The lagging works by keeping heat inside the pipes. It can also help to reduce gas and electric bills by cutting the amount of energy needed to heat water throughout a property.

Leave the heating on

For interior pipes, one of the easiest ways to ensure that water temperature does not drop too low is by leaving the heating in your property on. Setting your thermostat to between 12-15C when you away from the property ensures that the air inside remains warm to prevent pipes from freezing.

Water cannot freeze when it is on the move, so turning your taps on regularly to flush the system can also prevent interior pipes from freezing. Those not on a water meter could even consider letting their taps trickle so there is a constant flow when temperatures really plummet.

Repair leaks to protect and prepare pipes for winter

If your property is already suffering from leaking pipes, then it is imperative that you repair them before winter in order to prevent the problem becoming worse. A tiny leak now can easily turn into a burst pipe in the depths of December or January thanks to the freezing temperatures.

The kits are extremely easy to use, offering a permanent repair inside 30 minutes with no formal training needed. You simply follow the instructions provided. SylWrap kits are WRAS approved, meaning they have been certified as safe to use with drinking water.

Interior pipes in locations such as garages and warehouses may freeze if those areas of a property are not draught-proofed or are subjected to cold air flows.

Small gaps between doors or in structures allows the cold to get in, which in turn will cool down and potentially freeze pipes. This is because the colder air speeds up the process of ice formation.

You can prevent this from happening by draught proofing areas which may have otherwise been neglected because they are not habitable or well-used. Plug up gaps using insulation, wood or plastic to try and keep the cold away from interior pipes or tanks.