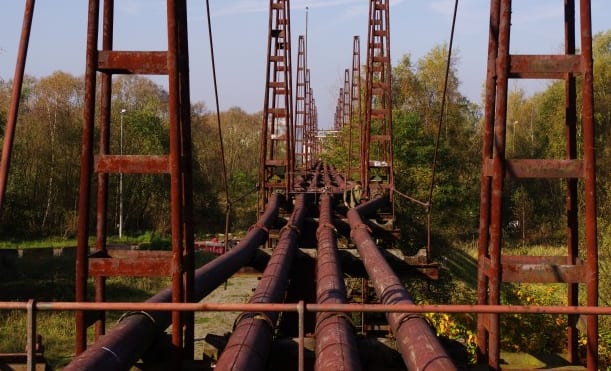 What is corrosion – and how can you stop it?

Corrosion is one of the most damaging and costly naturally occurring events seen today. At its simplest level, it can cause a water tank in a back garden to rust or a domestic pipe to start leaking.

At its most damaging, it can weaken structures to the point that buildings and bridges collapse. Oil pipelines can break, containers that store radioactive waste can leak and beautiful monuments around the world can become damaged. Only emergency repair works saved the Statue of Liberty from the jaws of corrosion in the 1980s.

In 2016, a study carried out by NACE International put the annual global cost of the problem at around $2.5 trillion, or 3.4 percent of global GDP. It’s as dangerous as it is costly, and that’s why many individuals and businesses view corrosion protection as a worthwhile investment.

How does corrosion occur?

Corrosion happens as a result of chemical reactions between a metal and its environment. In most cases, the three components that cause the problem are the metal itself, oxygen and water.

Most metals found in manmade structures occur naturally in ore. In order for these metals to be turned into pipes, piles and beams, the metal must be separated out from the ore, a process which leads to reduced stability.

It is when these extracted metals react with their environment and begin to return to their natural states that corrosion occurs. Iron for example comes from iron ore and as a result, it will corrode quickly. In contrast, metals such as gold, silver and platinum – which are found in nature in their pure form rather than as an ore – corrode very rarely.

That’s what makes them so valuable and is why, unless you happen to be very, very rich, you don’t have water running through gold pipes in your home.

There are four common types of corrosion, all of which can have a devastating effect on metalwork if left untreated.

General corrosion is caused by chemical or electrochemical reactions and will attack the entire surface of a metal structure. It leads to an overall thinning of the metal but because it is a predictable issue that attacks whole structures, it is possible to plan for and manage which can help limit the damage.

Localised corrosion attacks smaller areas of metalwork. The most common form of this is pitting, which creates small holes, pits or cavities on metalwork. Because it targets single locations, it is harder to detect and therefore harder to prevent. Pitting often leads to pipework bursting or leaking and it can cause structural failure through cracking.

Galvanic corrosion takes place when two different metals are located alongside an electrolyte which can carry an electrical current between the metals. One metal’s molecules are drawn towards the other, leading to a weakening in one of the metals.

It was galvanic which had such a devastating effect on the Statue of Liberty. The outside of the Statue is made from copper, the inner frame iron. With layers of paint and varnish holding water molecules applied between the two metals, conditions were ripe for iron molecules to travel over to the copper.

As a result, a survey in the 80s revealed that the iron frame was in some places half as thick as it had been when it was shipped over from France to Liberty Island 100 years previously.

Finally, there is environmental corrosion. This is where structures which are found in harsh environmental conditions such as in saltwater are gradually worn down over time. It can lead metalwork to become brittle, weakened, fatigued and ultimately, to crack.

How to protect against corrosion

There are numerous ways in which corrosion can be prevented. At a scientific level, resistant manmade alloys such as stainless steel have been invented. These alloys consist of two or more metals, making them stronger and giving them a greater resistance to corrosion.

Galvanic corrosion can be prevented by coating iron or steel with a more active metal, such as zinc. Rather than the iron or steel corroding, it is instead the zinc that gives up its molecules.

Another method for protecting and strengthening structures is by using protection wraps. SylWrap CR is a resin-impregnated fibreglass bandage incorporated with corrosion inhibitors. When wrapped around pipework, pillars or structures, it sets rock hard to provide an impact resistant-protective layer, extending the lifespan of metalwork which could otherwise by ravaged by corrosion.

Brushable epoxies can also be applied to structures which are already being afflicted by the problem. Standard Epoxy 19000 can be brushed onto damaged areas, offering excellent protection and helping to repair existing problems. When used alongside Fibreglass Tape or as part of a Fibreglass Repair Kit, damaged tanks and vessels can have their lifespan extended.