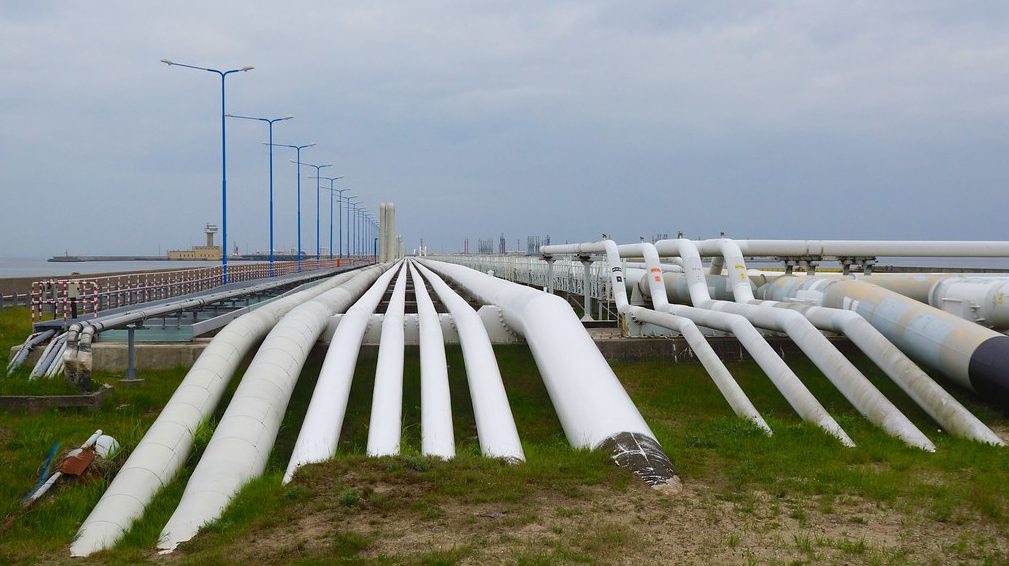 From gas to oil and everything in between – what are pipes used to transport?

When you think of pipes, what do you imagine them being used to transport? Oil and gas go without saying. Water could never reach homes and businesses without the many pipelines that run under our roads and properties.

Pipeline transport isn’t just restricted to those three. Almost since the Romans developed their futuristic plumbing system – which proved crucial to the rise and stability of their Empire – pipes have been used to transport liquids across a variety of distances.

Here are 10 liquids which pipes are used to transport

To transport natural gas via pipes, the gas is pressurised into liquids known as natural gas liquids. Natural gas pipelines are vast, magnificent structures which can often span countries and continents – the longest pipeline in the world being the West-East Natural Gas pipeline which runs for 8707km across China, passing through 66 different cities and provinces.

Natural gas pipelines play a crucial role not only in meeting the world’s energy demands, but in politics too. A 2009 dispute between Russia and Ukraine over transit fees that the Ukrainian government received from the Druzhba pipeline saw Russia cut off supply, leaving European residents from Milan to Sofia who were connected to the line feeling the effects.

The fist crude oil pipeline was built in the second half of the 19th century. There are two competing claims as to who constructed it between the Russian scientist and architect Vladimir Shukhov and the Oil Transport Association, who used pipes to transport crude over a distance of 9.7km in Pennsylvania.

What we do know is that the transportation of crude oil around the globe is vital – and not without controversy. While many countries talk about moving to sources of renewable energy and becoming carbon neutral, crude oil pipelines continue to be constructed.

None has gained more widespread media attention than the Keystone XL pipeline between Hardisty, Alberta, Canada and Steele City, Nebraska. President Obama quashed its construction in 2015 after many years of battles between local government, federal government, the White House, residents along Keystone XL’s path and environmentalists.

One of President Trump’s first acts in office was to overturn that ruling in January 2017, paving the way for Keystone XL to be built. Over three years on and construction is still yet to begin as campaigners fight to stop the pipeline passing through Nebraska’s sensitive Sandhills region.

Water has been transported via pipelines for over 2000 years, starting with the aqueducts of ancient Rome which helped to move water through the Empire. They may seem a far cry from the PVC and copper pipes which carry water around our 21st century homes, but all these water pipelines have the same purpose.

It isn’t just the plumbing systems in our homes or running under our streets which are used to transport water either. Some countries have past pipelines for transporting water over vast distances, particularly in warmer climates.

Arguably the most famous water pipeline in the world can be found in Libya. The Great Manmade River supplies 3,680,000 cubic litres of water every day to a number of cities including Tripoli, Benghazi and Sirte. The pipeline is over 2800km long.

The world’s longest hydrogen pipeline is the Rhine-Ruhr which was constructed in 1939 and still remains operational today. It covers over 250km of Europe, running from Germany into the Netherlands and France.

The United States has also used pipes to transport hydrogen in Texas. Hydrogen pipelines are scarce because it is a highly corrosive material with an active electron which can easily migrate into the structure of most other metals.

One alternative to transporting hydrogen via pipelines is to use ammonia instead, from which hydrogen can then be extracted from liquid ammonia once it reaches its final destination.

The advantages of transporting ammonia are that, unlike hydrogen, it is non-corrosive. In the US, around 2 million tons of ammonia are transported around 4800km of pipes every year which equates to 350,000 tons of hydrogen.

Traditionally, the transport of liquid ammonia has allowed it to be used in the fertiliser industry.

Pipelines are used for the transportation of ethanol in Brazil with the US also transporting minimal amounts. Ethanol comes with its own challenges as, like hydrogen, it is highly corrosive.

It has a tendency to absorb water and impurities from the pipelines it travels in too, which means that any pipes used to transport ethanol have to be kept as clean and sterile as possible. As a result, most ethanol transportation is carried out via rail or road where conditions can be more carefully managed.

Slurry pipelines are used to transport coal and ore across vast distances from mines to shipping ports. The material is mixed with water before entering the pipe system before being dried at the other end.

Slurry pipelines are popular in Australia and South America, where mineral-rich areas are often a long way from the coast. The oldest slurry pipeline in the world is the Savage River Slurry which covers 85km in Tasmania while a 525km pipeline runs out of the Minas-Rio iron ore mine in Brazil.

The US had planned to trump both of those with a proposed 1675km slurry pipeline running between Wyoming and Louisiana. Known as the ETSI Pipeline, it would have been the longest in the world but was never commissioned.

How do you go about getting milk off a Dutch Island? Between 1978 and 1994, the answer to that little conundrum was through a pipeline running 15km from the island of Almeland to Holwerd on the mainland.

Every day, 30,000 litres of Almeland-produced milk made the journey through the pipe, including an 8km stretch which was buried under the Wadden Sea.

Hallstatt in Austria has long laid claim to be the home of the oldest industrial pipeline in the world. The village is known for its salt mining and in 1595, constructed a 40km set of pipes made out of hollowed-out tree trunks which was used to transport brine.

We’ve saved the best until last with the humble beer pipeline. In Bruges, a 3km beer pipeline was constructed to reduce congestion and traffic on the streets of the Belgian city from lorries transporting Bruges’ famous range of beers around.

The Danish city of Randers has copper pipes which take beer from the Thor Brewery directly into the city centre. When Thor moved to new premises in the 1990s, they didn’t want to remove the Thor Pipeline and so built a giant tank on the site of their former home to ensure that the pipes remained operational.

And then there’s Gelsenkirchen’s Veltins-Arena. All the bars within the stadium are connected by a 5km pipeline which keeps beer flowing for thirsty football fans. Prost!

You might think that SylWrap Pipe Repair Kits are only of use to plumbers. But our solutions can help fix any of the pipes listed above. If you’ve got a leaking or damaged pipeline which requires repair, then please contact us and we’ll be happy to advise.