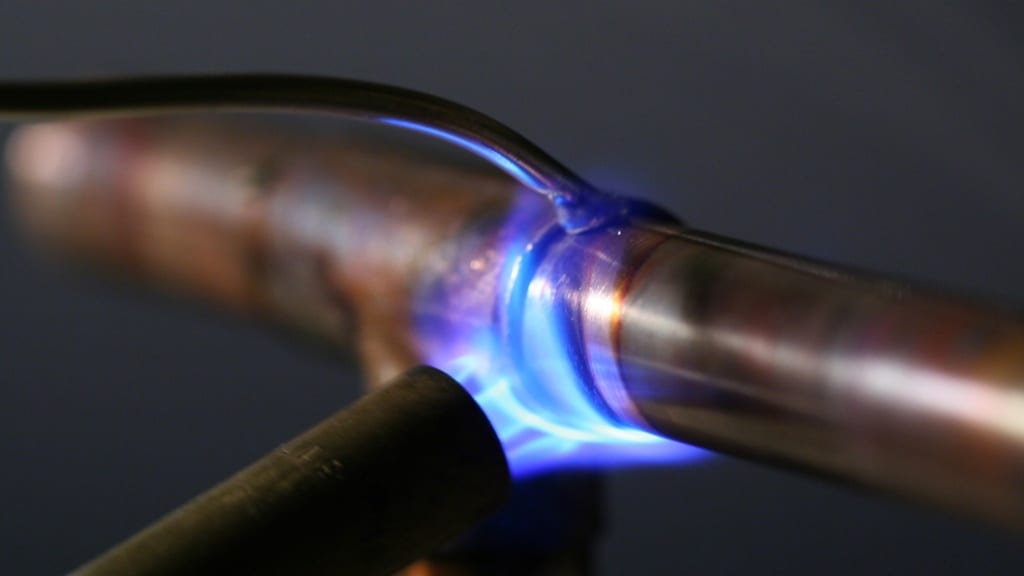 Copper is one of the most frequently used materials for pipe systems in the domestic home. Which means that at some point in our lives, most of us are going to have to attempt to repair a copper pipe.

To the uninitiated, this can seem like a daunting task. Your first reaction might be to reach straight for the phone and call a plumber under the mistaken belief that only a trained expert can fix the problem. And they will charge you an average price of £100 for the privilege.

There is another way. Or several other ways, to be more precise. Fixing a leaking copper pipe can be a straightforward task carried out by anyone willing to spend a few pounds on one of the many pipe repair products available on the market.

Copper repair epoxy putties provide one of the easiest ways to fix a leaking pipe. Epoxy putties consist of two components, a resin and a hardener. When mixed together, these components form a material that can be used to plug holes before setting into a hardened material.

The Superfast Copper Epoxy Putty Stick combines the two components in one ready-to-use stick. You simply break off the amount of putty required and mix it by hand. Once the epoxy putty has been completely mixed, the two contrasting colours will blend into one.

When mixing has finished, the putty can be placed over the area requiring of copper pipe requiring repair. It will fill the hole or crack, offering a complete seal within one hour.

If you need to fix a leaking copper pipe which cannot be turned off, then the water pressure running through it may make a repair with epoxy putty difficult. If this is the case, then pipe burst tape can be used to seal the live leak.

The most popular types of pipe burst tape on the market are those which self-fuse as well. These tapes are made from silicone and other advanced polymers and will seal the leak by forming a tight rubber band around it.

Wrap & Seal Pipe Burst Tape is one of the most effective pipe repair tapes on the market. It stretches by 300% and is extremely easy to apply.

You start by anchoring the Wrap & Seal next to the leak area before stretching the tape to its full length and wrapping it around the copper pipe until the leak is sealed.

Repairs can be carried out in under 30 minutes. There are however limitations to where pipe repair tape can be used; it can be difficult to achieve the required stretch around inaccessible copper pipes which are positioned up against walls or inside cupboards.

For a longer lasting repair of a copper pipe, then you should overwrap either the epoxy putty or the pipe repair tape with a SylWrap Pipe Repair Bandage.

These bandages are fibreglass wraps coated with a water-activated resin. Once dipped in water, they set rock hard in less than 30 minutes to provide an impact resistant layer over the original repair material and a permanent repair.

For convenience, Sylmasta now sell Superfast Copper Epoxy Putty Stick, Wrap & Seal Pipe Burst Tape and SylWrap Pipe Repair Bandages in one Pipe Repair Kit for fixing a leaking copper pipe. All of the products in the Universal Pipe Repair Kit are WRAS approved, meaning that they are safe to use with drinking water.

Another way in which you can repair a leaking copper pipe is through soldering. It’s harder work than the other three methods which we’ve listed and it does require a degree of practical ability, but it can provide a permanent solution to fix a copper pipe.

Before soldering, you have to shut off the main water valve and then drain the pipe in question from below where the hole is. Any sitting water needs to be removed before you begin the soldering process.

Clean the damaged area with an abrasives pad and then add the flux which you will use for soldering to the pipe. Heat the flux with a blowtorch until it changes colour and then add solder into the hole. This will block up the hole, sealing the leak and returning the pipe to full working order.