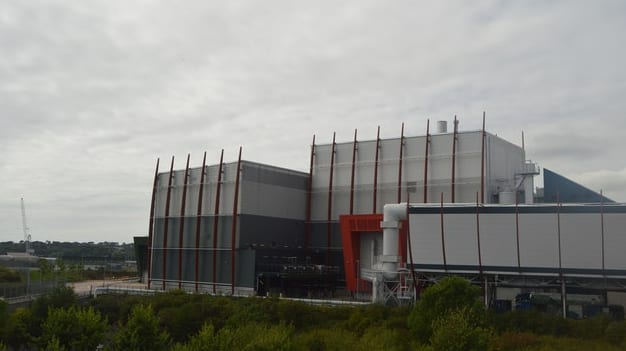 We recently reported on a SylWrap pipe repair that had been carried out in an onsite CHP System Power Plant at an automotive safety supplier’s factory in the United Kingdom. In response, we got several enquiries from Sylmasta customers, asking what is CHP and how does it work?

What is a CHP System?

CHP stands for Combined Heat and Power. When electricity is generated, one of the by-products of the process is heat – which in most power systems is allowed to escape. With a CHP System however, the wasted heat is captured and used to warm the facility where the System is located.

Rather than running one costly power system and one costly heating system, CHP effectively combines the two. Good news for energy bills and good news for the environment.

How does a CHP System work?

A CHP Plant consists of an electrical generator along with the equipment needed to capture the heat that is a by-product of the process. Generators in a CHP plant normally consist of either a prime mover – such as a gas turbine or a reciprocating engine – or a steam turbine, which produces electricity from high-pressure steam produced in a boiler.

Because of the extreme temperatures involved, the pipelines within a CHP System must be able to handle intense heat. This can make fixing damaged pipes difficult as any materials used in the repair have to be effective in high temperature applications – which is why the automotive safety supplier was so pleased with the repair carried out on their CHP System using SylWrap Pipe Repair Bandages.

What are the benefits of installing a CHP?

By combining electrical power generation and heat generation into one plant as opposed to running two separate systems, CHP can help save companies money and significantly reduce their carbon footprint.

According to Government research, facilities using a CHP System will on average save around 20% on their energy bills. They also emit around 30% less carbon. CHP has an efficiency rating of over 80%.

How much does a CHP Plant cost?

For all their undoubted strengths, CHP is not cheap to install. The System also has to be managed effectively for a company to reap the full financial and environmental benefits.

Because of this, the British government has introduced a number of incentives for businesses to switch their power and heating generation to CHP. These include exemptions from the Climate Change Levy and the Carbon Price Support Tax.

Companies can also write-off 100% of their investment in CHP against the taxable profits of the period in which they made the investment thanks to Enhanced Capital Allowances.

To qualify for ECA, a CHP Plant must be certified as good quality under the CHPQA Programme, which assesses CHP Plants based on their efficiency. The CHP Plant must also have a Secretary of State Certificate of Energy Efficiency.