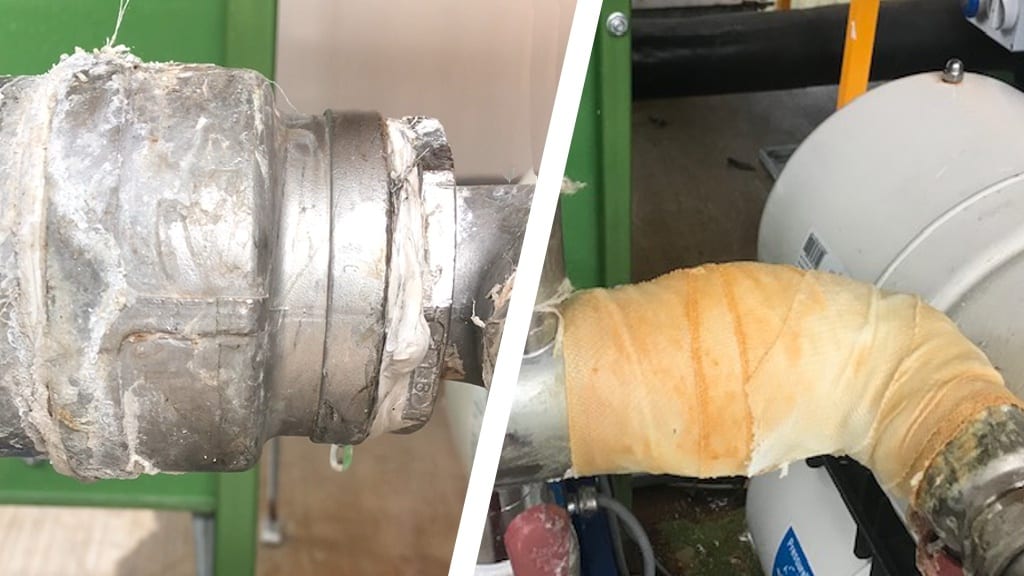 Combined Heat and Power Systems are used to increase energy efficiency and drive down costs in industrial sites. Typically, a CHP system can reduce energy bills by 20% and carbon emissions by 30% – as long as it is in full working order.

When a CHP system develops a fault or isn’t managed correctly, then these savings can be lost. This was a problem that an automotive safety supplier in the United Kingdom suffered from when a pipe in their CHP system began leaking.

CHP captures the heat produced when electricity is generated that would otherwise be wasted, using it to provide thermal energy such as steam or hot water. This can then be used for the heating or cooling of sites, producing domestic hot water or industrial processes.

CHP systems are built in on-site power plants, which is where the fault in the automotive safety supplier’s system was found. Although it wasn’t a major leak, water was dripping onto motors and gas tanks which were components in the system stored underneath the damaged pipe.

There were three issues which caused this repair to be a challenging one. The first was that the leak was on an elbow joint, making it difficult to get a tight seal around the damaged area in order to repair it.

The second was that CHP systems deal with extreme temperatures. The pipe requiring repair operated in excess of 120°C, so a solution that was effective in high temperature applications was required.

The third was that the automotive safety supplier were unable to take the CHP system out of service to carry out a repair. This meant that the fix needed to be carried out while the pipe continued to drip water, making a live leak repair necessary.

A SylWrap Universal Pipe Repair Kit containing all the equipment needed to carry out a quick and easy live leak repair was delivered to site.

Wrap & Seal Pipe Burst Tape was applied around the leaking elbow joint. Because the leak was dripping rather than spraying, the Wrap & Seal sealed the leak quickly. As a versatile pipe repair tape, it easily bonded around the shape of the elbow.

The Pipe Burst Tape was then overwrapped with SylWrap Pipe Repair Bandage, which is water-activated and sets rock-hard in minutes to form a protective layer. This ensures that the repair is permanent.

Both products are resistant up to 200°C, making them suitable for use in a CHP System repair – although the Pipe Repair Bandage did cure with a red tinge because of the temperature extremes. Should the automotive safety supplier have wanted the repair to appear more uniform with the rest of the pipe, then it is possible to paint the bandage.

After the CHP system repair had been completed, the company got in contact with Sylmasta to say that they were extremely impressed with the ease and speed which with which the pipe had been fixed.

The CHP system repair had also saved them considerable money and time by negating the need for either a replacement part for the system or a shutdown to carry out a repair.

Both of these products are available in the SylWrap Universal Pipe Repair Kit and the SylWrap Pipe Repair Contractor Case which contains enough equipment to carry out multiple fixes.